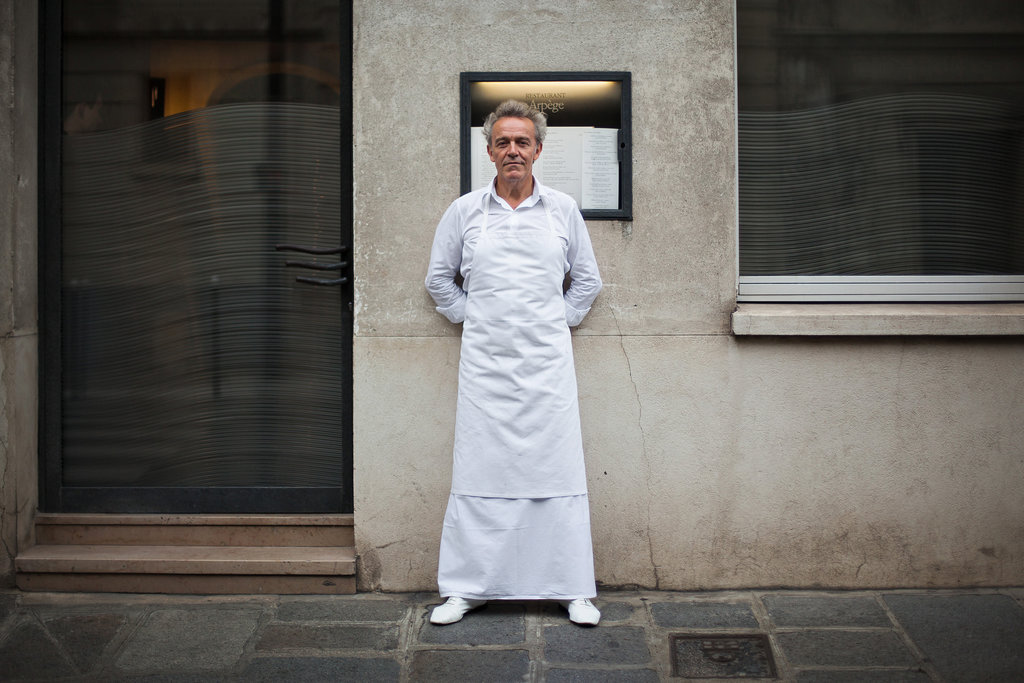 I was very happy to read the recent Pete Wells article in the New York Times about Paris restaurant Arpege and its chef – owner Alain Passard.   Arpege has been the setting for some of the most memorable meals of my life, and is the only 3-star Michelin restaurant where I have eaten more than once  – 3 times actually, which speaks volumes about how good the experience was,  as the amount of cash required to eat there can be daunting, as the article points out.

Each time I ate there, it seemed as  to me that the chef had radically changed the direction of the kitchen.  But each time, the new direction seemed not only to make perfect sense but also reveal new ways to think about food and cooking.  And each time the food, wine and service was so exactly right that bill, though large, seemed perfectly warranted.

I consider Alain Passard one of the most gifted chefs currently working;  his work has been an inspiration to me throughout my career.  At the same time, because he spends most of his time in his kitchen (instead of on TV or opening restaurants around the world), his work is not as well known as some of his more publicity conscious compatriots.

It is nice to see that I am not the only chef who has found inspiration at Arpege and that the American press is beginning to notice.

This entry was posted in Stuff and tagged Paris. Bookmark the permalink.

1 Response to A favorite Paris restaurant