Where did the flavor go? 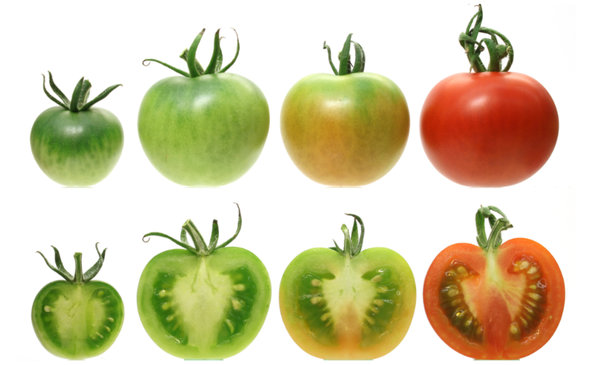 It looks so nice;  why doesn’t it taste better?
“Plant geneticists say they have discovered an answer to a near-universal question: Why are tomatoes usually so tasteless?”

This is the question posed by a recent New York Times article by Gina Kolata.

“The unexpected culprit is a gene mutation that occurred by chance and that was discovered by tomato breeders. It was deliberately bred into almost all tomatoes because it conferred an advantage: It made them a uniform luscious scarlet when ripe.”

Why am I not surprised?
The selectively bred tomatoes described above were actually missing a gene, with the result that they ripened to a predictable, uniform red color.  The resulting genetic makeup was then breed into almost all commercially grown tomatoes for a very simple reason:  consumers prefer evenly red tomatoes.

However, in a recent paper published in the journal Science, researchers report that the same gene that is missing in the tomatoes that ripen up so nice also effect the  production of sugars and aromas that are very important for the tomatoes flavor.

“That mutation has been introduced into almost all modern tomatoes. Now we can say that in trying to make the fruit prettier, they reduced some of the important compounds that are linked to flavor.”

This entry was posted in Food in the News and tagged farming, Vegetables. Bookmark the permalink.